Rent Regulations in Malta | What landlords and tenants should know

Rent regulations in Malta include amongst other measures, mandatory registration for rental properties, as well as minimum and maximum rental periods for long and short lets. Here follows a brief overview.

Rent Regulations in Malta | What landlords and tenants should know

Rent regulations in Malta include amongst other measures, mandatory registration for rental properties, as well as minimum and maximum rental periods for long and short lets. Here follows a brief overview. 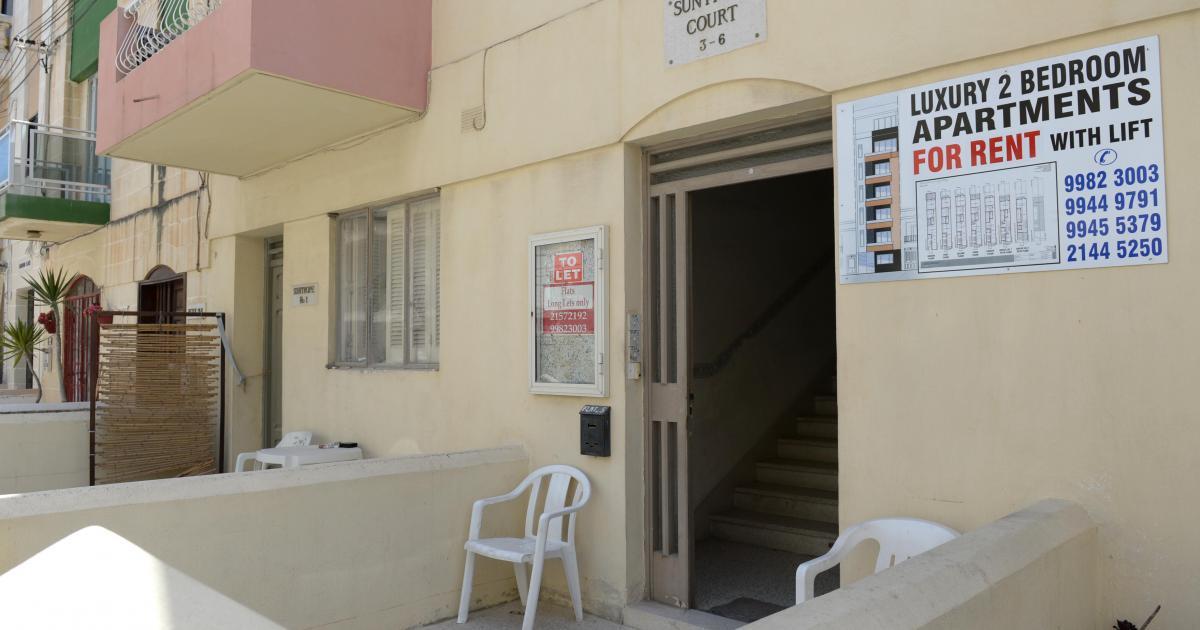 A new law governing how private residential properties are let out and managed comes into force in the New Year. The Private Residential Leases Act was designed to better regulate how contracts are drawn up and introduces a series of responsibilities on the landlord and tenant that are overseen... 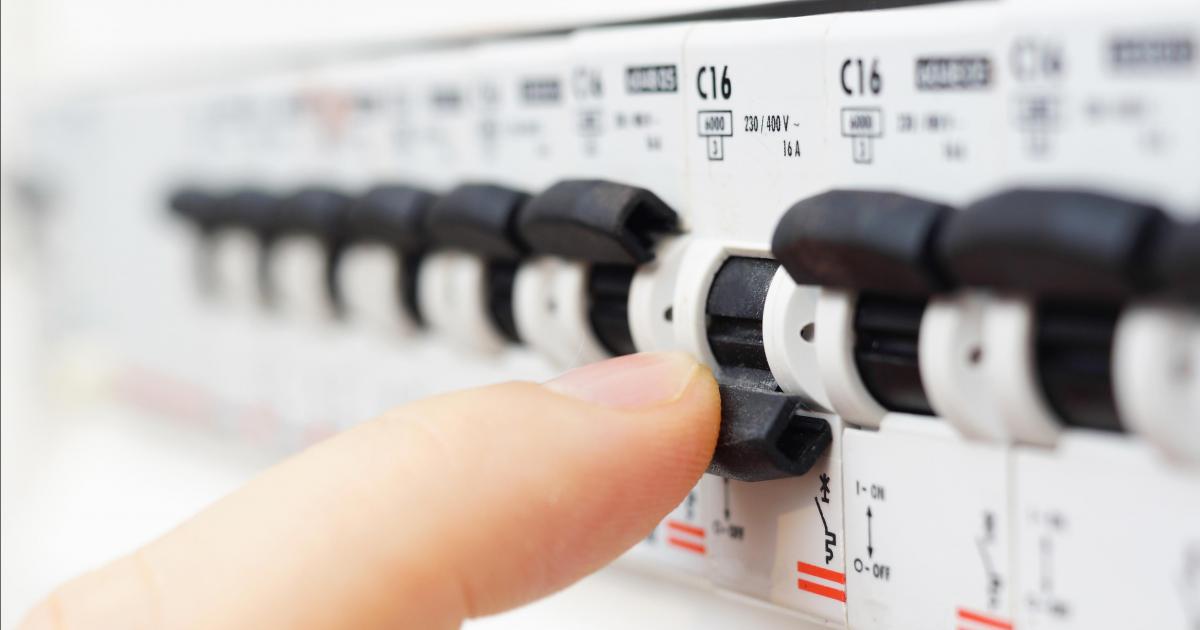 Black out: Further outages may occur due to damaged interconnector

Updated at 4.50pm. A fault in the Malta-Sicily interconnector was behind a nationwide power cut on Monday that lasted more than three hours, Enemalta said. In a statement, Enemalta said initial technical reports indicated that a fault had occurred on the interconnector cable between Malta and... 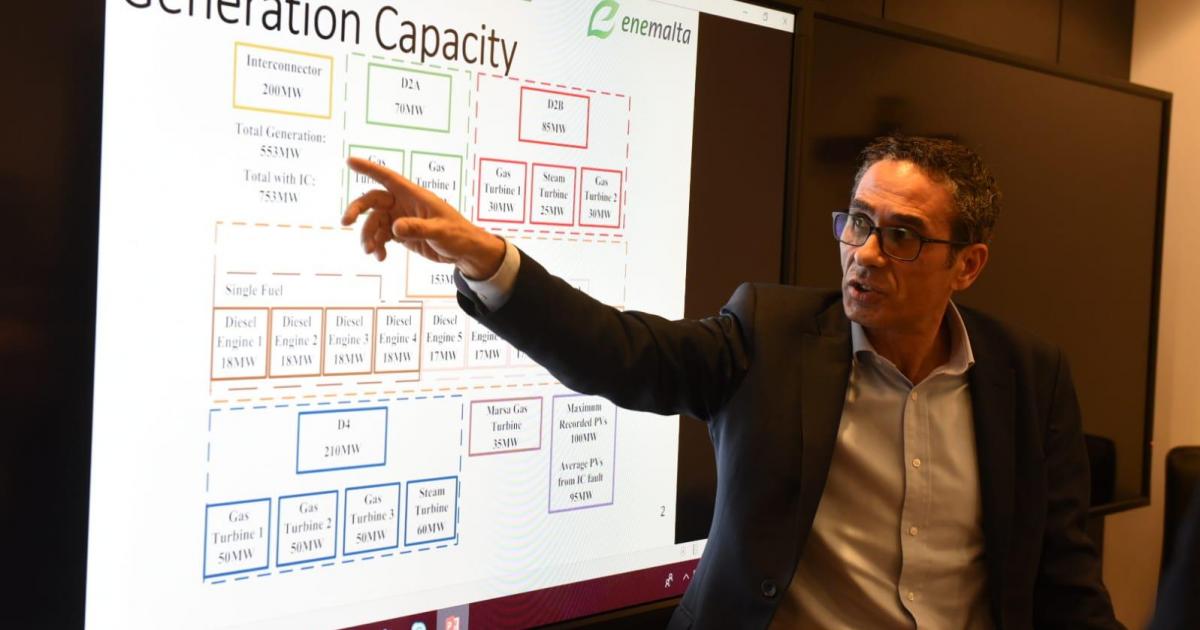 An undersea cable connecting the Maltese national grid to the European energy network is completely out of action and will take an indefinite amount of time to fix, Enemalta has said. Malta's electricity provider revealed that the extent of the damage, probably caused by a ship's anchor, means it...

Malta's ratings are supported by euro area membership and institutions stronger than the majority of 'A' rated peers. Malta outperforms the 'A' median on the World Bank human development and governance indicators, although its scores on the 'voice and accountability' and 'control of corruption' subcomponents have been slipping in recent years. Despite unfolding corruption allegations and a recent rise in political volatility, which could further affect governance scores, the Positive Outlook reflects an expectation of sustained high economic growth from diverse sources in the medium term and a firm downward trajectory for gross general government debt/GDP driven by sound fiscal performance.

Malta's prime minister, Joseph Muscat, announced his resignation on 1 December 2019 in a televised speech. This followed weeks of mounting public anger over developments in the investigation into the October 2017 killing of journalist Daphne Caruana Galizia, which included allegations of corruption involving other members of the government. The demonstrations have been focused on the outgoing prime minister's alleged involvement in the scandal while the ruling Labour Party continues to enjoy sizeable public support. The party will hold internal elections for the new party leader (and prime minister) on 11 January 2020. General elections are due in 2022.

Fitch estimates economic growth to have reached 4.9% in 2019, down from 7.0% in 2018 but significantly higher than the 'A' forecast median (3.0%), propelled by strong public consumption and a recovery in public investment. Foreign demand will contribute positively despite the mild forecast slowdown in Malta's trading partners. GDP growth is forecast to edge down to 4.5% in 2020 and 4.2% in 2021, with projects supported by EU structural funds concluding ('A' forecast median of 2.8% for 2020-2021). Revisions of population growth have led to lower GDP per capita projections, but Fitch believes Malta's per capita income will continue converging to the EU average.

Fitch believes that Malta will continue upholding its fiscal rules targeting a balanced budget in structural terms (net of International Investment Programme receipts) and ensuring that expenditure growth does not exceed the economy's potential growth rate. Although the government ran a small deficit in 1H19, as public works projects boosted capital investment and intermediate consumption spending, Fitch expects the general government to have ended 2019 with a surplus of 1.1% of GDP (compared with a forecast fiscal balance for the 'A' median of -1.2% of GDP). We expect the surplus to slightly decrease to 1.0% in 2020, owing to a small fiscal loosening projected in the 2020 budget.

The Council of Europe's anti-money laundering body (Moneyval) published its report in September 2019, highlighting the need for Malta to improve the execution of its newly revamped money-laundering framework. The report also acknowledged that the authorities have demonstrated a broad understanding of the vulnerabilities within the banking system. Given the size of the banking sector in Malta (hovering around 330% of GDP in 3Q19 for domestic and offshore banks), the recent increases in the Financial Intelligence Analysis Unit and Malta Financial Services Authority budgets, as well as the new supervisory procedures introduced in July, are welcome developments and have resulted in a surge in administrative penalties being enforced (EUR3.7 million in 1H19 from EUR60,000 in 2016).

We expect banks to retain strong CET1 buffers (16.6% at end-2Q19) and cautious capital distribution policies ahead of the likely increase in risk-weighted assets under updated regulations. Fitch revised Bank of Valletta's Outlook to Negative in October, and affirmed its IDR at 'BBB'. Malta's banking system scores 1 on Fitch's Macro-Prudential Risk Monitor. 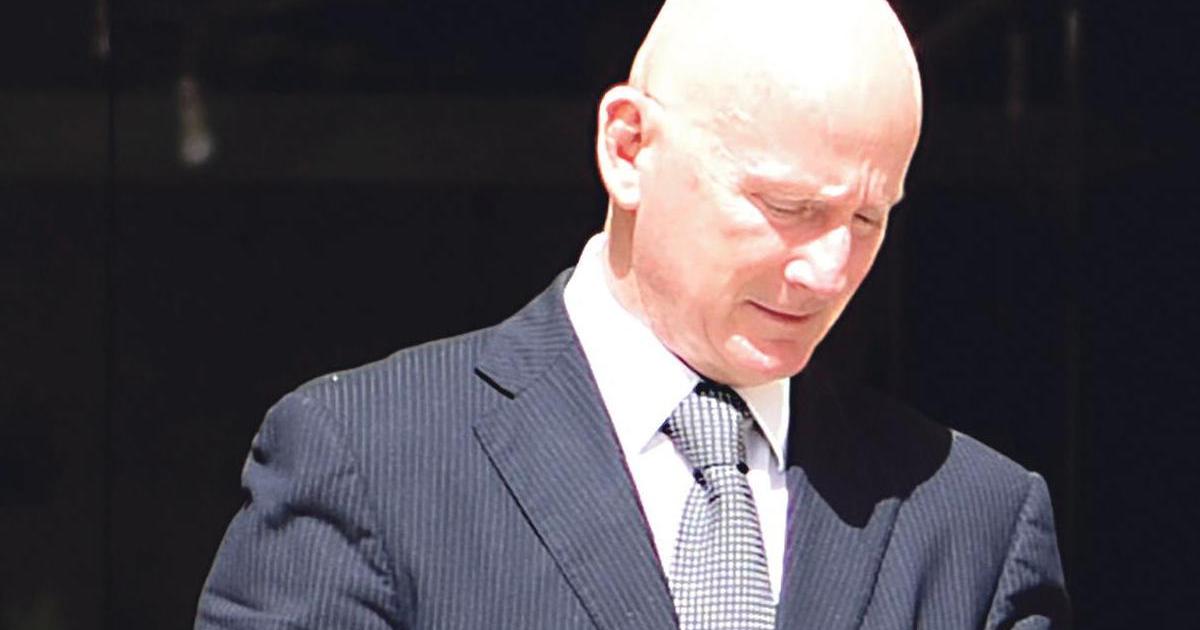 Updated 1.20pm with Hillman's reaction Adrian Hillman's consultancy contracts with the Malta Gaming Authority have been terminated by new Parliamentary Secretary Clayton Bartolo in a show of "zero tolerance" to anyone tarnishing the industry's reputation. In a tweet late on Thursday, Mr Bartolo...

"We have investors who are holding back and demand has dropped. We are also concerned that the banks aren’t helping. The government needs to show that the issues will be addressed." 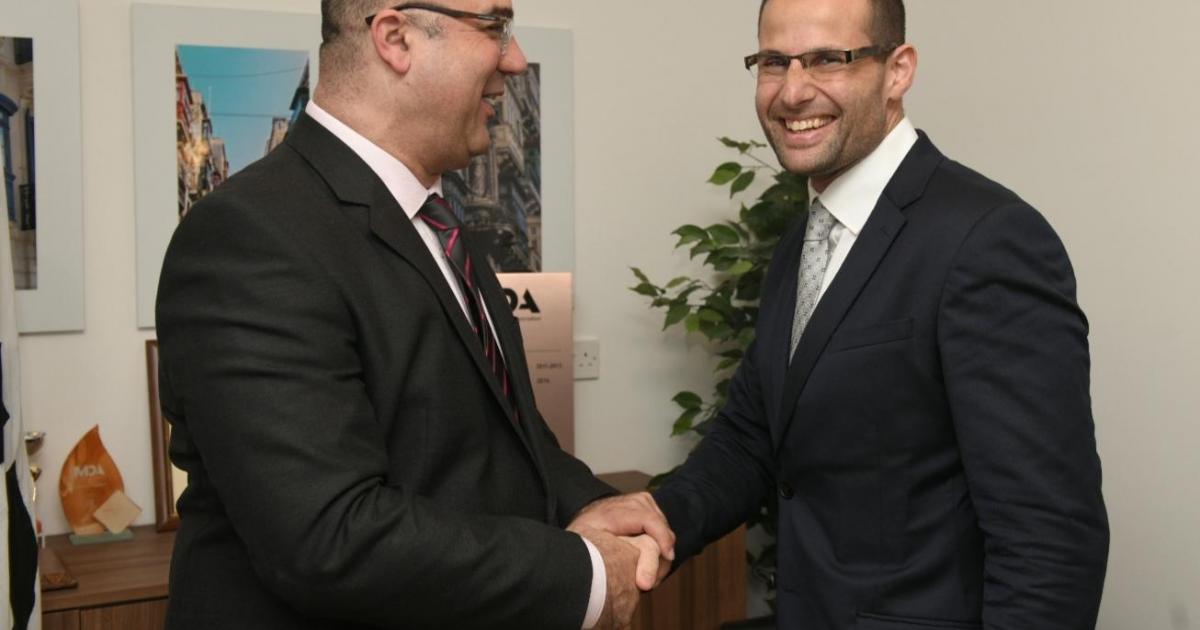 Developers are “victims” of a flawed political system because they are often “unjustly” associated with donations to political parties, construction lobbyist Sandro Chetcuti said. Speaking ahead of a meeting with Prime Minister Robert Abela, Mr Chetcuti called for a change in the way political... 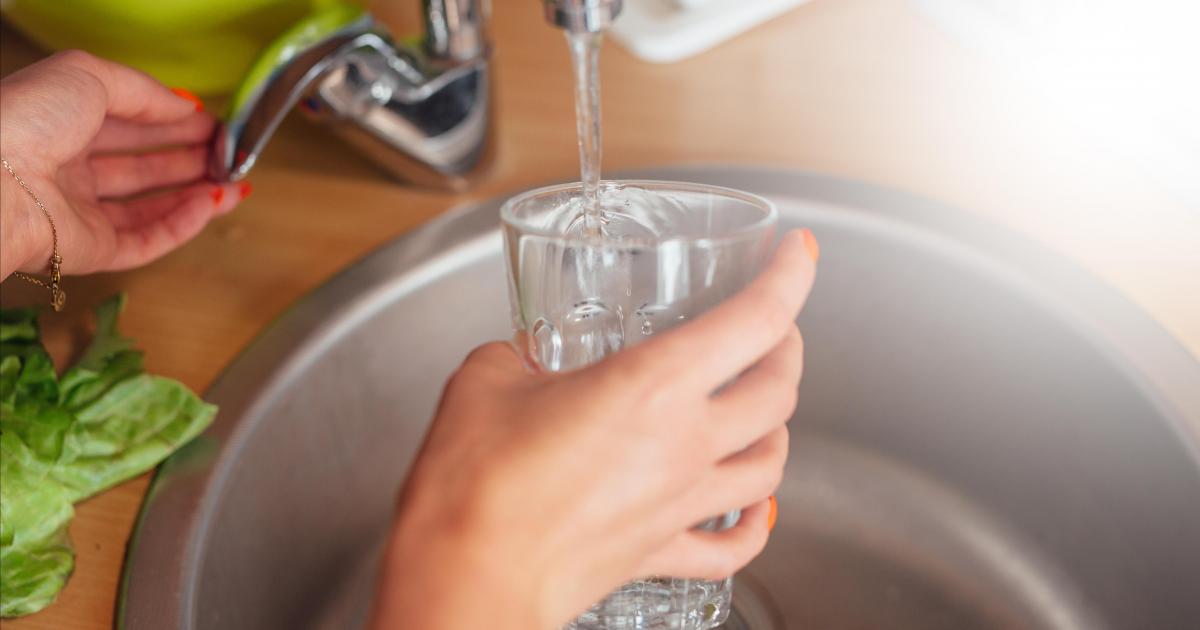 Exposure to chemicals in Malta’s tap water is linked to almost a fifth of all bladder cancer cases, a study published on Thursday revealed. The situation in Malta is among the worst in Europe, with both the amount of chemicals in the water and the associated bladder cancer risks being the...

Exposure to chemicals in Malta’s tap water is linked to almost a fifth of all bladder cancer cases, a study published on Thursday revealed. The situation in Malta is among the worst in Europe, with both the amount of chemicals in the water and the associated bladder cancer risks being the... 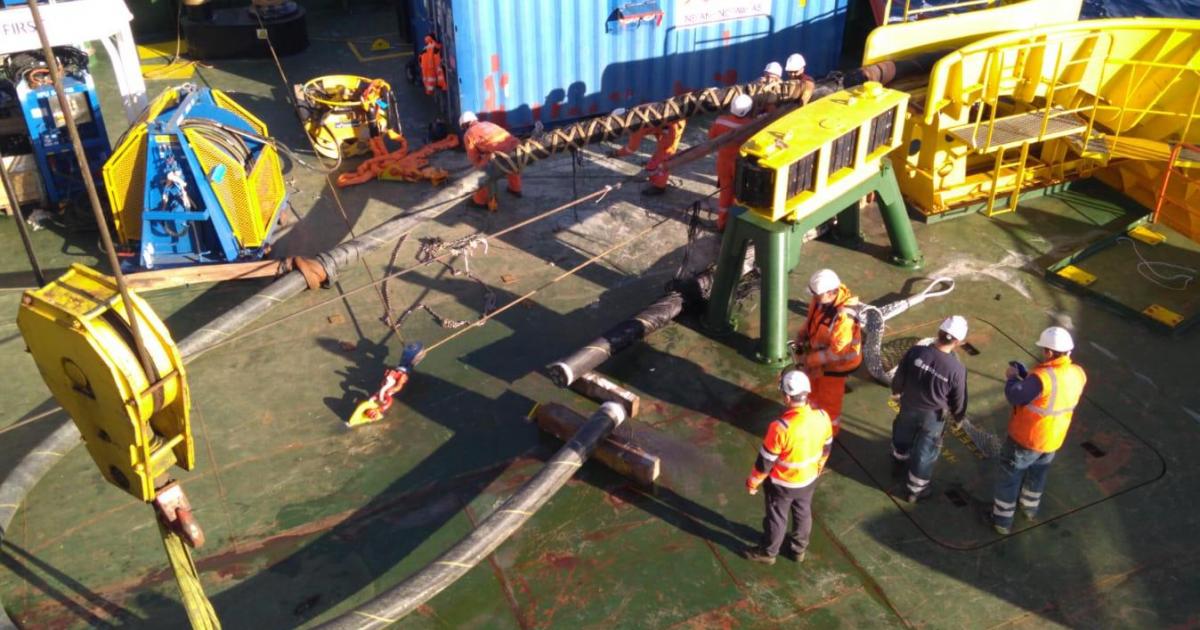 Damage to the southside undersea interconnector cable has been fixed and repairs are now focused on the northside cable, Enemalta said on Saturday. Repair work began on Monday and has continued on a 24/7 basis, save for a few hours when works had to be halted due to unfavourable weather... 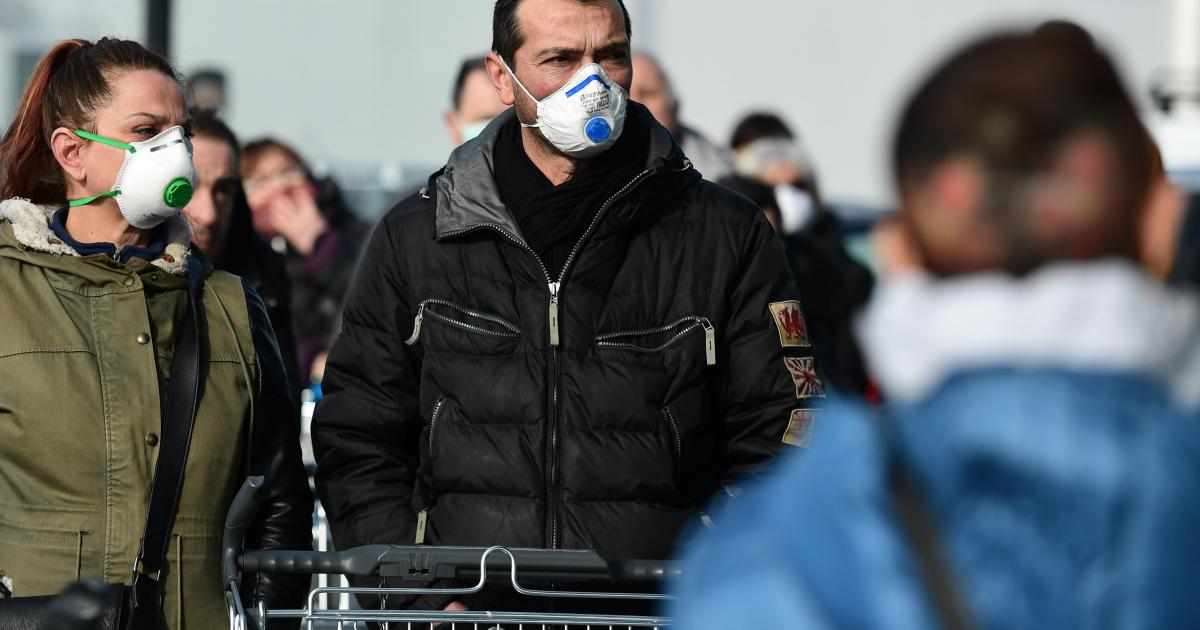 All inbound passengers to be screened over coronavirus spread

All people arriving in Malta will be screened by thermal cameras, after two deaths linked to the new coronavirus were reported in Italy. Malta will this week introduce thermal screening cameras at the airport, cruise liner and catamaran terminals. The health authorities explained that those...